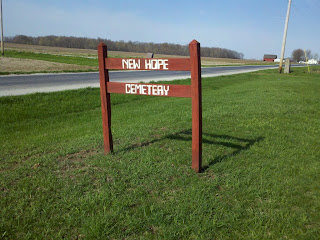 Having spent quite a bit of time around Seven Pillars, I had New Hope on the top of my to-do list.


Considering it had taken me 4 hours to photograph Gaerter the day before but thinking this cemetery was about half the size, I felt confident I would be home before 10am...  Well...  I ran into the same problem I had the day before.  The battery died about 30 minutes into the session.
I still believe the cold plays a big part in this problem.

I dropped off Michael at school and made my way to 124, observed a heron perched in a tree by Seven Pillars - I didn't know herons perched in trees - and drove up that crazy hill.  I suppose I could have taken another road but I enjoy driving along the Mississinewa.  It is so peaceful and wild.

I parked in the cemetery lawn and noticed a winged friend hopping in the wet morning grass...
What kind of bird was that...  Would it let me take a picture? 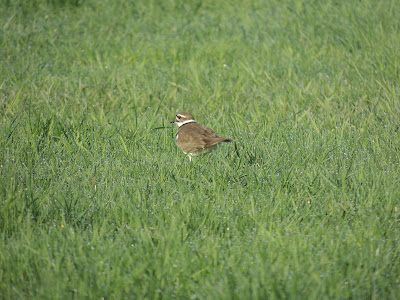 Well, he hopped about and flew away and landed on tombstones, which would have made really awesome shots but he didn't stay put long enough or was out of my line of sight So I had to be content with this shot.  As you can guess seeing this picture,  my feet were wet after I left there...


As Debby Beheler notes on the Miami County Genwebpage,
"New Hope Cemetery is located northwest of the intersection of county roads 400S and 400E in the southeast corner of section 7, Butler Township , Miami County , Indiana .  It is about 2 miles southwest of the town of Peoria and 5 miles southeast of Peru , Indiana .  The approximately one acre was set aside for a cemetery by pioneer Butler Township resident, Mr. Wiles in 1853 or 1854.
The first person buried in the cemetery was John Noble, who died by suicide on October 17, 1855, at age 35 years, 5 months and 23 days.  Early cemetery trustees were J. Johnson and John Borden."

John Noble's stone is among the 'lost' ones if ever it existed.

I have again taken pictures of all the stones row by row from the front to the back and as Debby says on her page, there are many unreadable and sunken stones in this cemetery.
Find-A-Grave lists 180 people buried there but of course this is only as good as the latest update.  Pictures have also been uploaded there and I strongly recommend using more than one source to decipher the images I have uploaded to Billion Graves, more specifically the hard to read ones.  and you should be able to browse them at least and know how I took them.

Stones don't always face the same way in a cemetery but there usually a majority of them facing one way or the other.  New Hope is a 'morning' cemetery, that is, most stones face East making some of them easier to read when the sun shines on them.  However some stones faced West and for that reason may need to be retaken.

Once again I found stone of people I knew personally: Joe Windsor, my sister-in-law's father...
I always remember picking green beans in his garden when I think of him. 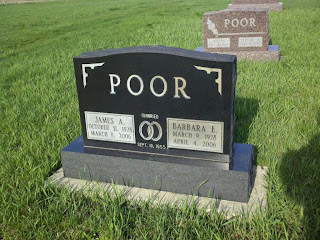 Then I came across the grave site of James and Barbara Poor.  I wondered what they were doing buried here but really it isn't that far away from their old farm off 124.  They used to be members of the Lions' Club and were well known and well respected around the area.  They died a month apart from each other which was a real shock to everyone who knew them.  He was a stout white haired little old man whose smile could brighten up a room.  He and his wife owned the Poor Farm Country Candy store.  You won't find their obituaries on Ancestry.com but you will on the Miami County's webpage .

My battery died just as I was walking back to the car so the timing was perfect. 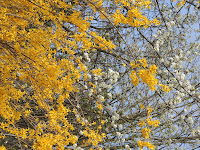 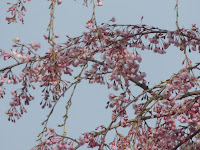 I drove back by Seven Pillars hoping to catch the heron again but he wasn't there any more but I captures some long awaited Spring colors.  Things are sure turning fast.  It is wonderful to see how one week has brought the green back into the landscape. Hope it stays! 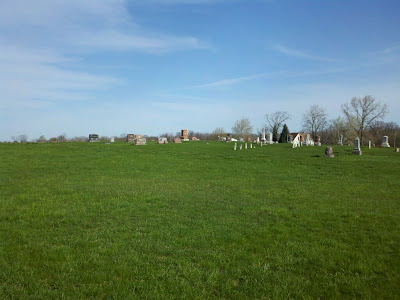 I traded my wet shoes for a pair of sandals until tomorrow...